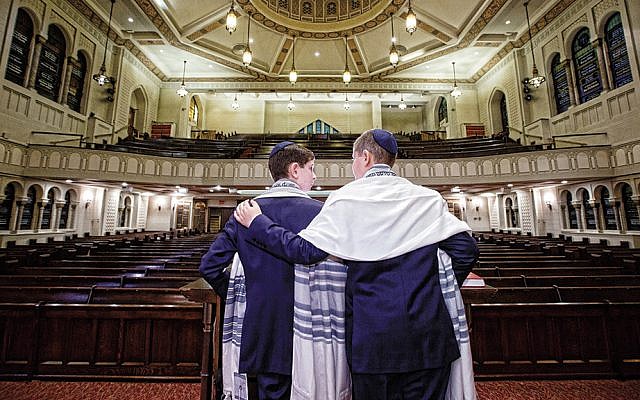 Benjamin and Brian Barth, 13-year-old sports-loving twins from New York City, have turned their b’nai mitzvah into the mitzvah of tzedakah through their contribution to Israeli organizations.

To celebrate their October 6, 2018 b’nai mitzvah at the Park Avenue Synagogue, they worked with UJA-Federation of New York’s “Give a Mitzvah – Do a Mitzvah” program, and raised more than $122,000 to donate to two Israeli nonprofits that work to empower people through sports.

The contributions were made in lieu of gifts. 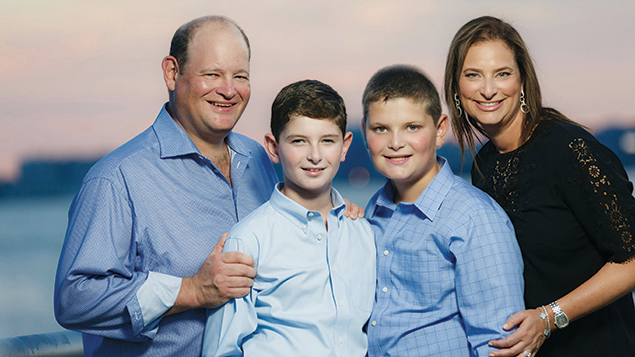 Through “Give a Mitzvah – Do a Mitzvah,” the twins were able to design projects reflecting their passions to make it meaningful for them as well.

Brian, who loves sailing and cycling, chose to donate to Etgarim, which uses the two activities, among others, to rehabilitate individuals with cognitive, sensory, and physical disabilities. He raised $61,199 to encourage children in Tel Aviv, Nahalal, and Holon to pursue athletic excellence and participate in what otherwise would be inaccessible sports.

Sports have played a key role in the lives of Benjamin and Brian. When they are not watching their favorite sports teams, they play tennis, sail, bike, and golf. In the winter, they love to ski. The twins also have visited Israel several times, which has helped build a stronger connection to their Jewish heritage and identity.

“I just love playing tennis, and to find out that there was a place that plays tennis and supports coexistence excited me a lot,” said Benjamin. “I am glad I was able to fund it.”

Said Brian: “I continue to enjoy the State of Israel and it was perfect for my bar mitzvah project to be in and associated with it. As cycling and sailing are two of my personal passions and interests, being able to contribute to an institution that gives people with disabilities the opportunity to have fun with these endeavors is truly an honor for me.”

“UJA’s ‘Give a Mitzvah – Do a Mitzvah’ program enables bar and bat mitzvah kids like Benjamin and Brian to put their interests and love for Israel and the Jewish people into action,” said Lori Strouch Kolinsky, director of UJA’s Manhattan Division.

“We are so inspired by the twins and their incredible generosity, and hope this is just the beginning of their philanthropic journeys,” she said.

Natalie Barth said she wanted to publicize the “Give a Mitzvah – Do a Mitzvah” program because it not only is easy for a bar or bat mitzvah to do with the help of the UJA staff that walks the youngster through each step, but most importantly, “it is so meaningful and the boys felt so good about doing it.”